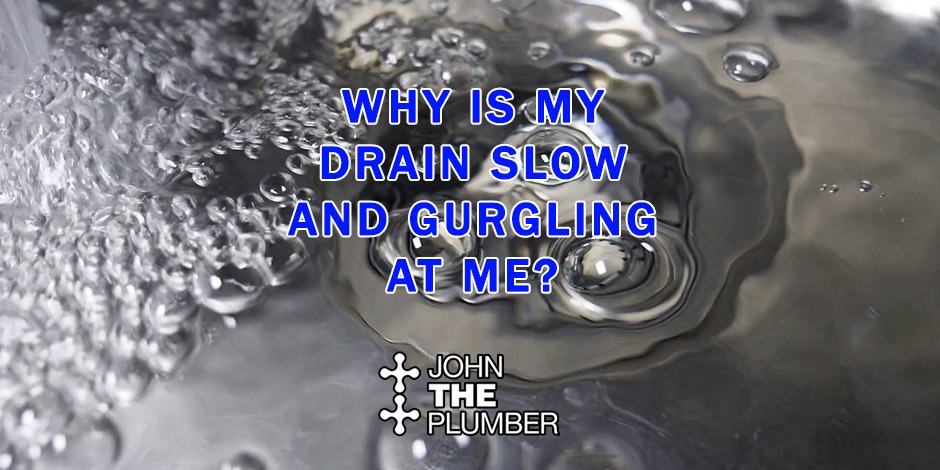 The two easiest signs that a problem has developed within your drainage system is when you hear gurgling noises coming from your drain and notice that it’s operating slowly. This situation isn’t very problematic and most people choose to ignore what they have seen and heard. Do not delay! The longer you ignore the issue, the more time the drain has to continue backing up, and you can wind up with severely clogged pipes. At John The Plumber Ottawa, we strongly encourage our clients to handle slow gurgling drains immediately, and we offer three items below that may point you to what is causing these issues:

This is definitely the most common reason behind the pokey drain and the noise. Drains will collect a pot-pourri of particles such as hair, soap particles and dead skin. After a while the combined particles can accumulate and clog your drain. You can avoid this issue by adding a small filter to the drain that won’t allow random debris to enter your system. This is an especially good idea if you tend to be someone who is a wee bit careless with things such as your drains. If you are reading this and your drain is already choked, all you need to do is clear out the drain and you’ll see water start to disappear quickly and quietly!

If your toilet and bathtub drains are slurping at you, there’s most likely a blockage in the main vent of your home that you’ll need to remove. You want to handle this right away as a vacuum could be created which would suck all the water into the sink trap. You won’t be able to use your toilet or bathtub until that is taken care of; better to deal with this issue sooner than later!

A blocked vent is another common cause of gurgling. Your main drainage lines are all connected to the vent; its job is to draw gas away from the pipes and let it out of the roof. A blockage can trap the gas and air inside, leaving it with nowhere to go and will head towards the drain, hence the gurgling noise. FYI: If the vent is in fact blocked, please consider calling in a professional before attempting to unblock it. The vent is located on the roof and unblocking it yourself could be dangerous.

TIP: A sink trap is the curvy pipe found under your sinks and counters!

To discover more on the full range of services offered by our Ottawa-based John the Plumber, please call our offices today at 613-227-7465 or visit our business website at johntheplumber.ca